Between November 2019 and March 2020 three junior researchers have started their PhD theses at the University of Bern within the framework of EXPLO. Their individual projects are closely linked to the scope of EXPLO. They are dealing with the region’s archaeology on the one hand, as well as with dendrochronology on the other (see outlines here below). The theses are supervised by Albert Hafner, and are carried out in close collaboration with the different researchers of the EXPLO team.

Around the tripoint of Albania, Greece and North Macedonia lies a mountainous lakeland between Lake Ohrid in the west and Lake Vegoritida in the east (Fig. 1). As known mainly from Central Europe, Neolithic and Bronze Age lakeside settlements are also found here, including so-called pile dwellings. In contrast to the circum-alpine pile dwellings, the sites on or in the lakes of the southwestern Balkans are largely unexplored, but also show an immense research potential due to excellent organic preservation conditions.

The dissertation project is intended to carry out basic research on the prehistoric lakeside settlements of the southwestern Balkans. For this purpose, all known lakeside settlements will be recorded and evaluated. The core of the project is the execution and evaluation of underwater archaeological excavations amongst others in the sites Ploča, Mičov Grad (North Macedonia) and Lin 3 (Albania) at Lake Ohrid. The combination of dendrochronology and radiocarbon dating allows for the first time to study the wetland sites of the south-western Balkans in a high-resolution absolute chronological framework. This allows both well-founded insights into architecture and settlement dynamics as well as the examination of relative chronological sequences of material culture.

In the second part of the dissertation project, the implementation of existing photogrammetric documentation techniques in pile-dwelling archaeology will be investigated for and during underwater excavations. In this context, workflows and methods for this specific underwater archaeological application will be further developed.

During the European Bronze Age (ca. 3500–800 BC) for the first time in history ‘complex’ societies appear in different parts of Europe (e.g. Minoan and Mycenaean Civilisations in the Aegean). Being located between different centres showing social complexity from an early stage on, the Southern Balkans (Albania, Rep. of North Macedonia and Northern Greece) appear as a crucial geographical area for the understanding of both the European and the Eastern Mediterranean Bronze Age. At the same time the region is considered to undergo divergent social and economic developments, triggered by the neighbouring communities in the North and South (Fig. 2).

This PhD-thesis aims to shed light on these questions by taking a diachronic (Early Bronze to Late Bronze Age, i.e. 3500–1000 BC) approach to the spatial settlement organisation, taking into account information regarding supraregional contacts, economic strategies as well as environmental data. The spatial distribution of sites (settlements, burials, sanctuaries and depositions) and its change over time, linked to relevant archaeological and environmental data, can offer insights into economic strategies and responses to environmental and/or societal change. The study will assess these questions applying statistical and GIS-based methods to shed light on macroscale developments. Correlations in cultural change and spatial settlement organisation with environmental data can offer new insights into the interrelationships between society, economy and environmental parameters. The theoretical framework will draw from sociological understandings of practice, economic thought but also incorporate concepts such as resilience and fragility to understand how ancient societies coped within a changing environment.

The focus of the thesis is on prehistoric waterlogged settlement sites, whose chemical and physical conditions of permanently wet environments allow for exceptional preservation of organic materials, one of them being wood. In the context of organised and sedentary communities, until the advent of concrete, and later oil, wood was undoubtedly the most important raw material for humans. Throughout the prehistoric and historical periods, it was employed for building, shelter, defence, for heating, cooking, for various technological activities, etc.

The annual growth rings of trees represent a chronological archive with an annual and sub-annual precision, documenting the human and environmental influence on trees. Thus, dendrochronology is an indispensable tool for understanding the human-environment interaction and the timing and duration of this relationship. For example, dendrochronological analysis of the wooden samples taken mainly from construction wood from Lake Ohrid, coupled with radiocarbon dating, have already furnished the most precise chronology for a Balkan wetland prehistoric site, with at least two chronological horizons, one in the mid-fifth millennium BC and another one for the Bronze age.

Apart from providing high-resolution chronological framework, further investigation on wooden samples from various sites in the region will also focus on investigating the woodland management and forest composition in prehistory, wood provenance, building strategies and techniques, use of tree-rings as proxy for climate reconstruction and comparison with existing data in the Holocene. Building on this data, together with the information generated from the other disciplines involved in the archaeological wetland research within the EXPLO project, will allow for a diachronic assessment of how this particular type of cultural niche construction (building and living in pile dwellings) influences the environment and how, on the other hand, environmental circumstances influenced cultural choices. 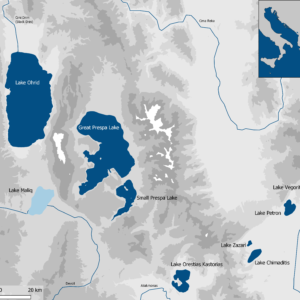 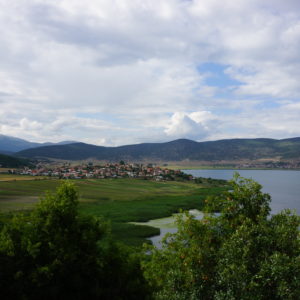