UBern archaeologists have resumed work at Lake Ohrid on June 21, 2021, this time on the Albanian coast, south of the Lin peninsula. During six weeks the EXPLO-diving team together with Albanian colleagues are exploring the remains of a prehistoric settlement in the shore area. The settlement remains can be traced further in the silted-up zone of the site, right underneath the present-day farmland. This has been evidenced through core drilling in the land area last winter. The first 14 days of fieldwork have already revealed an anthropogenic layer at the lake bottom rich in well-preserved Middle Neolithic finds. If we are still in the upper layers at this stage, it is not clear yet how far back in time the settlement dates. Based on individual radiocarbon data from the terrestrial area, an Early Neolithic occupation should not be ruled out.

Systematic sampling of construction timbers for dendrochronological analysis is a central objective of the campaign, as well as sediment sampling for bioarchaeological investigation. In the given waterlogged environment, high resolution findings on the chronology on the one hand, and on the subsistence economy on the other, must be expected, and thus extraordinarily nuanced statements on the way of life and economy of the first European farming communities – in particular in relation to environmental conditions.

The work is carried out in partnership with the Academy of Albanological Studies in Tirana. The Swiss Federal Institute of Technology Zurich (ETHZ), the Society for Swiss Underwater Archaeology (GSU), the Archaeological Service of the Canton of Bern (ADB), the Office for Archaeology of the Canton of Thurgau, air-compact GmbH High Pressure Solutions Wohlen and the Embassy of Switzerland in Albania support the campaign. 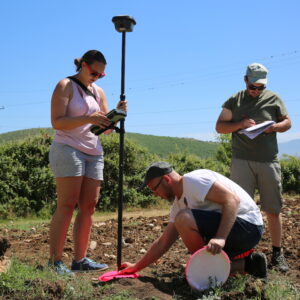 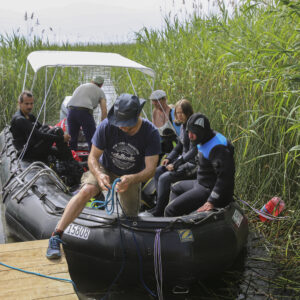 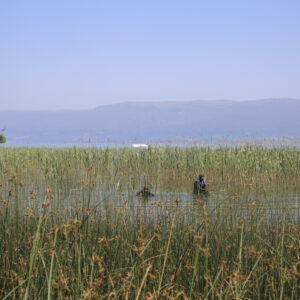 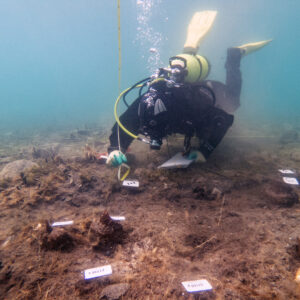 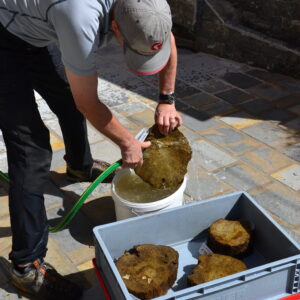